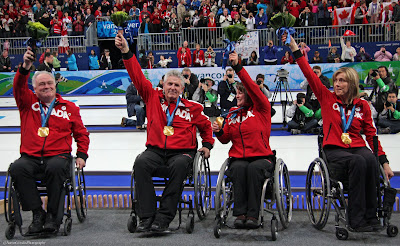 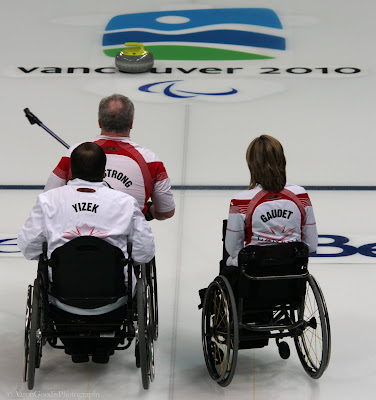 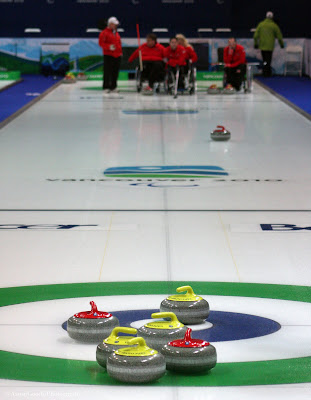 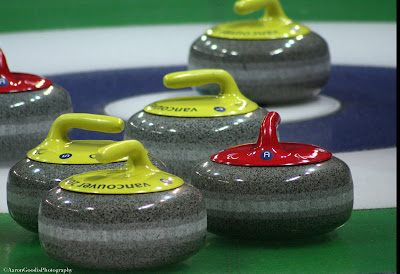 The Rocks, the business end of Curling. 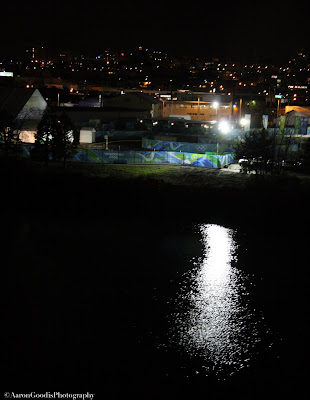 The Olympic village shines late night in Vancouver.
As we approach mid February I am starting to feel that post Olympic with drawl. At this time last year we were all preparing for the start of the 2010 Winter Olympic and Paralympic games. I was super busy, running around and preparing for my role as the Photo Supervisor at the Hill crest Curling venue. This would be a paid position so with this in mind I knew that I would miss most of the cool events around Vancouver. How ever I'm not complaining, I would have a first hand role in organizing all still photography for this venue as well as all access to the best viewing locations ie. photo positions. Even though this job would not allow for much time to actually take pictures I still managed to take advantage of any legit opportunity. I thought I would share just a couple high light shots. The Olympics were far to busy for me to take out the camera but luckily the Paralynpics and my photo manager allowed for a little more free time and a chance to snap a few of my own. It was an amazing experience and one I would do again in a heart beat.
Posted by Aaron Goodis at 1:04 PM